Comedy so fast Mythbusters tried to prove it wasn't possible. It was Confirmed. Then they blew up a car. 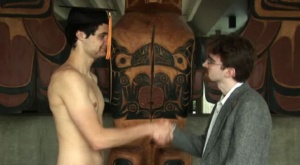 As it is the last episode of the second series of Rapidfire, several running "plotlines" are resolved. For example, Plackett's students have their graduation ceremony, election day comes and goes, and Rodriguez takes his detective's exam.